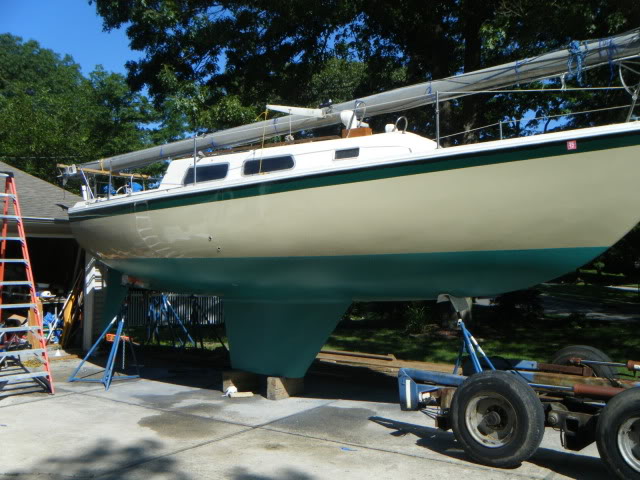 It was a really productive weekend

I had all new standing rigging made by http://www.riggingonly.com/ who did a great job and were very easy to work with

I finished up the sink through hull and connected up some more expensive approved hose the stuff is decorated like a race car with approvals :)

And to make my weekend complete i installed the new fuel filter/anti-siphon valve and A-1 fuel lines from the tank to the A-4 carburetor and anothe 8 expensive hose clamps that is done and safe
Posted by Saving CAL 29 Sea Fever at 3:59 PM